Package of 2 replacement O-rings for The Gleco Trap.

In the vast majority of instances, installing and maintaining The Gleco Trap needs no technical support. It's really that easy. However, if you have a unique situation, please contact us to discuss a Gleco Trap solution for your particular needs. For the Gleco Trap: Offset between pipe from sink to waste line is 3-3/8" (the same as the standard offset for a 1-1/2" diameter PVC P-trap).

When your Gleco Trap is properly installed, it shouldn't leak. But if it does, here are a couple of common problems and solutions. If your problem is not solved by these notes, contact us and we'll talk about your specific situation.

Below are some before and after pictures of a couple of ways that The Gleco Trap has solved other's plumbing nightmares.
Use petroleum jelly EVERY time you change the bottle! 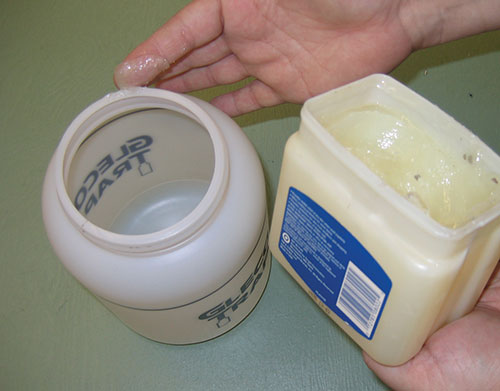 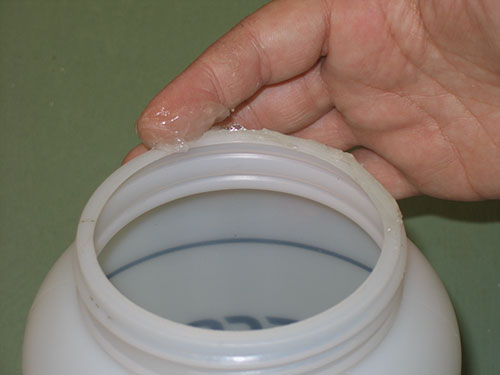 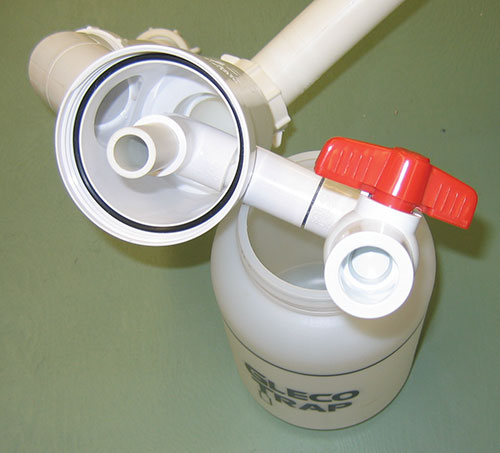